Tough will return to regularly scheduled content in the new year. In the meantime, we'll still be posting occasional reviews and maybe even some interviews--I keep promising those, but they're back-burner for right now--as we work on print anthology 2 and catch up with a backlog of submissions. Speaking of which, we're still open for story submissions as well as reviews, and we've already got some dynamite stories lined up for 2019. In the meantime, be sure to keep up with things via Unlawful Acts and Do Some Damage, just two of the spots I visit regularly to keep up with subjects criminous.


Posted by Rusty Barnes at 2:49 PM No comments:

Know Me From Smoke by Matt Phillips, reviewed by Bruce Harris 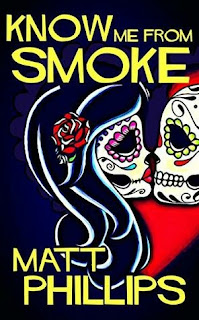 Matt Phillips's Know Me From Smoke uses alternating chapters to bring two characters together, lounge singer Stella Radney and ex-con Royal “Junior” Atkins. Stella Radney is described as late middle-aged with a petite figure and nice lips, easy on the eyes, but internally beaten and bruised, from being on the receiving end of figurative hits for decades. Once married, Stella's husband Virgil is shot during a robbery of the bar he and Stella operate. During the murder, Stella takes a .45 caliber slug in the hip, a macabre souvenir she still carries. Virgil’s killer, our friend Junior, is never caught. Twenty years later, Stella’s love for Virgil has never waned. Stella’s identity is linked to Virgil. Despite his physical absence, he dictates Stella’s thoughts and behaviors from the grave. Stella perpetually lives the Day of the Dead, not so much in celebration, but in remembrance and acquiescence. At one point, she has a “conversation” with Virgil, asking him to release his hold over her so that she could fall guiltlessly in love with another man:  Royal.

Atkins recognizes Stella. Although something about him is familiar, Stella has no idea that Royal is the one who shot and killed her husband and planted the slug in her hip. Despite half-assed attempts to avoid his new friends, Atkins gets more involved in their life of crime. First, Atkins becomes an accessory to armed robbery with the two career criminals. Their transgressions escalate quickly into additional robberies and murder.

Simultaneously, Atkins’s relationship with Stella Radney progresses toward intimacy.  Their relationship is the quintessential comedy / tragedy story and it plays effectively throughout the book in the shared giddiness and joy of falling in love, coupled with overriding feelings of fear and loss. In Stella’s case, the loss is Virgil, the love of her life. For Royal, it’s a wasted life, an ignominious past, a dark present, and an inevitable future. Ironically, Melpomene, the Muse of Tragedy was initially Muse of Chorus. Radney, still living with an all-consuming tragic past finds life and vitality in music and song, defines this contradiction.

Stella is a sympathetic character who takes her livelihood seriously and learns to sing at an early age. Her mother sang while her father played the trumpet. Music  provides temporary solace as witnessed in this, one of Stella’s fatalistic thoughts:

Now forty years on, she understood that each song – for her mom and dad – was a small escape, a jail break. Stella knew, and saw how each life moment led to a place of no escape. It’s like each portion of life leads a person, somehow deeper into a maze. And the more you live, the longer you live, the more you understand the whole world’s a grift, all of life is one big sucker punch.


She doesn’t completely trust Atkins, knows he’s hiding something, but in addition to being a dedicated singer, Stella Radney is lonely. She’s a romantic and despite her doubts, falls in love with him. Atkins is the first man since Virgil’s murder with whom she could spend the rest of her life. Yet, she fights internal battles over her feelings for Atkins. The only time she is content, truly alive, is when she performs. For Stella, music is life. In the following passage Stella expresses herself beautifully, and with a rare tranquility for her about music’s magic:

You can’t live without hearing a soft purr from the throat of a lounge singer, that first subtle, imperfect note as it floats into a continuum of time and death and love - as it floats out over the whole wide world. You can’t live until you hear the rat-a-tat-tat of a snare in the early evening, until you’ve seen and heard a guitarist walk one hand up and down a neck, as if his fingers all have a tiny heart of their own. And you haven’t lived until you’ve been shaken from sleep by some enchanting melody, until you’ve burst awake in the middle of the night with a clever chorus bubbling on your lips. And love didn’t compare to music, because music is love – it’s love living in sound, and there’s no other place to find love but to find it in music.


Early into Know Me From Smoke, The District Attorney's office reopens her husband's murder case, thanks to technological advances.This adds yet another force gripping Stella, dragging her back into the dark past. It’s only a matter of time before the world catches up with Royal Atkins. Few will have sympathy for this lowlife. The only question is will Stella’s love for Atkins overpower more rational thoughts? That’s the dichotomy. As Stella’s affections for Royal increase, so do her internal conflicts and justifications to continue the relationship.

Mystery publisher Otto Penzler stated, “Like art, love, and pornography, noir is hard to define, but you know it when you see it…noir stories are bleak, existential, alienated, pessimistic tales about losers--people who are so morally challenged that they cannot help but bring about their own ruin.” This is Royal Atkins to a T. He personifies the “losers losing” meaning of noir. In contrast, Stella isn’t bad and has overcome tough breaks. Music provides meaning in her life, but love taunts her, a fool’s gold panacea to years of loneliness.

The characters, cops and cons and the supporting cast are realistic and the dialogue rings true. Humor is peppered throughout and strategically placed. I cared for and rooted for Stella Radney and hoped for the worst for Atkins. Noir succeeds when the atmosphere blends with the characters, defining and directing behaviors, becoming its own powerful driving force. In its darkness, gloom, and despair, Know Me From Smoke is reminiscent of noir master David Goodis. In fact, if Goodis were alive and writing today and had an apprentice, it might be Matt Phillips. 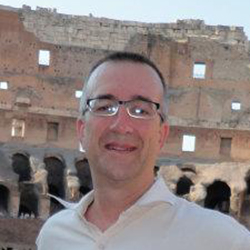 Bruce Harris is the author of Sherlock Holmes and Doctor Watson: About Type. His story “Carried Away” won the 2017 September/October Mysterious Photograph contest in Alfred Hitchcock Mystery Magazine.

Posted by Rusty Barnes at 8:50 PM No comments: