The rumors you've heard are true, yes indeed. We'll continue to publish stories online every week from February 2018 on and under the aegis of Redneck Press, will collect those stories and reviews in attractive print issues at mid-year and year's end. Writers will continue to receive $25 per story or review published plus a copy of the print issue in which their work appears.

Tough aims to publish the best crime stories we can find, online, in electronic versions, and in attractive perfect-bound editions which will retail at reasonable prices for those who want to support our mission.

There are many crime venues vying for your attention. Tough intends to be among the most prominent. Thanks for your support.

You can direct questions and submissions to Rusty Barnes (toughcrime AT gmail DOT com), but please read a few stories first to familiarize yourself with the stories we publish. It's just good manners.
Posted by Rusty Barnes at 1:41 PM No comments:

I hope you're all having a decent holiday season. I'm slowly making my way through sending out responses to stories received over the last few months. I hope you'll still bear with me as I do that.

I'm still actively looking for books to review, so if you have a forthcoming or recent book you'd like to have considered for review, please send it to me in .mobi or PDF at toughcrime@gmail.com.
Posted by Rusty Barnes at 1:00 PM No comments:

Hi folks. Thanks for sticking with Tough over these few months since we began. For a few reasons, there will be new content until February 5th 2018, when we'll have a new story, our third from Michael Bracken, who's rapidly become a favorite of mine. This off time will also give me a better opportunity to catch up with submissions, as I'm seriously behind, and to build a new stock of reviews, as I have exhausted my supply. Along with that, I need new books to review. If you can send your recent small press crime fiction title in e-book or PDF form to toughcrime@gmail.com, I'll do my best to find a reviewer for it. Finally, I want to build up a four or five month lead time for publishing stories. As Tough has gotten more popular with submitters, I've been unable to do as much editing on stories as I'd like. Most of that is due to getting more and better stories, so thank you. The editing is my pleasure, though, and I want to do more of it. So, thanks too, for bearing with me. See you in the new year!
Posted by Rusty Barnes at 8:05 PM No comments: 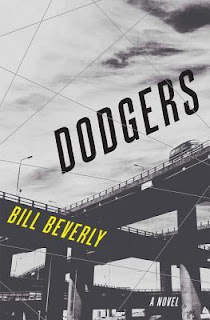 Posted by Rusty Barnes at 7:08 PM No comments: