Welcome to the first installment of an ongoing series of reviews, written by Gonzalo Baeza: HELLBENDERS. Hellbenders are the unloved stepchildren of the salamander world, native to Pennsylvania and West Virginia and other places, squat-faced and dirty-looking and ugly-beautiful. If you've ever had the chance to see one up close, chances are you haven't forgotten it. They are rare. So too, are the books on which Tough was predicated: rural noir and crime, often ugly, often beautiful, in such settings as various as Maine and New Hampshire, Appalachia and many parts of the rural South and West.

While hellbenders in the wild are much more difficult to find than a quality rural noir--though still a rare beast--we aim to help out the cause. HELLBENDERS will review books new and old, stories that got missed by the major book review venues or were otherwise overlooked as untimely and/or unappreciated. We'll take a look at the past, watch out for the future, and poke through the rocks and silt in search of the good stuff, the rare stuff, the HELLBENDERS. 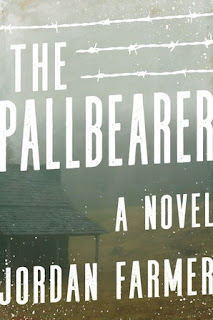 Given the number of new titles released each week and the little to no promotion most new books get these days, especially when they are not issued by a big publisher, it is no wonder that a remarkable novel like Jordan Farmer’s The Pallbearer has not gotten the attention it deserves. A darkly poetic rural noir set in the dying coal town of Lynch, West Virginia, this first novel may appear to tread familiar territory explored by writers like Breece D’J Pancake and Ron Rash, but it does so with its own mix of lyrical and propulsive prose and an unorthodox cast of compelling characters.

The pallbearer in question is Jason Felts, who used to work in his family’s mortuary in downtown Lynch. He still lives in an apartment above the old family business but it’s not just physical proximity to the funeral home that cements his ties to death and tragedy: Felts is a counsellor at the violent Shelby Youth Correctional Facility –known as “The Shell”– where many of Lynch’s and the region’s young men end up as coal prospects dwindle, businesses close, and opioids abound.

As seen through Felts’ eyes, “There was no opportunity left in the hills. With the mines shutting down there wouldn’t be much left of Lynch in ten years anyway. Just empty storefronts and the few families left behind without jobs, becoming more isolated as the economy collapsed. Jason guessed everyone would pull up stakes eventually or be forced into the regression of a frontier barter system and poaching.”

Counsellors have a hard time getting through to the troubled inmates, including one minor called Malcolm, whose constant outbursts of rage maintain the staff on edge, ready to restrain him as they wait for the boy to be transferred to a more adequate psychiatric facility in Ohio. Work is even more difficult for Felts considering he is a dwarf and his appearance is derided by both inmates and prison guards.

Two new arrivals to The Shell upend Felts’ life and unleash a series of ever more gruesome events. One is Huddles, the younger brother of local crime boss Ferris Gilbert. Huddles is incarcerated after a nocturnal drug run goes wrong and a state trooper confiscates Ziploc bags of pills and guns from his vehicle. The local sheriff, who is trying to get to Ferris, makes it clear to Huddles that he can either inform on his brother or he’ll make sure that the younger Gilbert remains detained until trial. He should then expect to be transferred to an even more violent jail where his family name carries no weight and he’ll be easy prey for the older inmates.

Huddles spends the days either meditating to mentally escape his surroundings or reading a novel he finds in The Shell’s library, Nathanael West’s The Day of the Locust. A recurring theme in West’s novel from the 1930s is the disappointment of those who live in the fringes of Hollywood, unable to accomplish their dreams, “the people who come to California to die” and whose eyes are “filled with hatred.” Huddles’ fascination with the book is likely explained by the despair he sees in his surroundings but also by the unfulfilled potential of his own life.

The other arrival is Terry Blankenship, a strung-out teenager who is arrested for breaking into one of Lynch’s many dilapidated houses to steal pills. He lives in a rundown hunting cabin with his boyfriend after being kicked out of his home by his homophobic father. Blankenship also owes money to Ferris Gilbert who, seizing upon the young man’s despair, offered him an out: kill the sheriff and all debts will be forgiven.

Both Terry and Huddles look at Ferris with suspicion. Huddles cannot imagine a relationship that is not transactional and in his particularly laconic and defensive way he questions the counsellor’s offer of help: “You know, everyone I’ve talked to, they want to carve their slice.”

Terry is even more mistrustful, being marginalized in Lynch both because of his addiction and his sexuality: “Terry didn’t confide in anyone, (…) but as much as he wanted free of these secrets, he understood burdens were a way of life and no venting, whether to holy idols or equally broken men could lift them from your back. Why this universal need for communion anyway? Seeking solace in another only created a false hope that you’d be understood. People pretended because it was too hard to admit we’re each trapped in our own shell, using imprecise words to try to express something unsayable.”

A counsellor whose appearance has made him an outcast, an addict who hides too many secrets, a reluctant member of a crime family who feels the need to prove his toughness both to the inmates and to his brother. Their respective baggage enhances their outsider nature but never in a truculent manner. Farmer is a skilled writer who carefully builds each character so that their struggles –and their pain– feel real and more than a collection of misfortunes and arbitrary psychological traits. All three of them fight to survive under the shadow of the looming, almost feral presence of Ferris Gilbert, but also amid a ravaged landscape with its striated mountains stripped of their last ounce of coal.

The Pallbearer is an accomplished and emotive first novel that reads like the work of an experienced author, its well-worn characters, evocative prose, and sustained tension creating a pungent mix of pure West Virginia rawness. 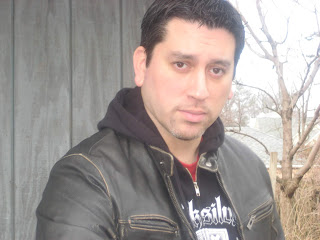 Posted by Rusty Barnes at 9:00 AM No comments: