Junk in the Trunk, fiction by April Kelly

Larry’s a pain in the ass.  Always has been, but the first time I really registered how annoying he could be was late one afternoon in 1989, while I lay sprawled on the couch doing eighth-grade homework and listening to him badger our dad.

“But you have to,” Larry whined.

Dad said it good-naturedly, bouncing his eyebrows at his younger son and taking a pull from his beer, but Larry had been haranguing him for ten minutes and I could see my father just wanted to drink his Bud and watch the evening news.  Not surprisingly, that subtle vibe flew right over Larry’s head.

“Everybody else’s father is doing it.”

Uh-oh.  Dad’s tone alerted me that he had pivoted away from indulgent suffering of my brother’s nagging, but Larry remained clueless.  I’d experienced the ominous change-up often enough to know my father was poised to dismantle the kid’s specious argument and end the discussion with a period that could instantly morph into an exclamation point if little bro persisted.

At issue was some kind of bullshit career day Larry’s teacher had thought up, where fathers were invited—not, as my brother claimed, required—to come in and talk about what they did for a living.

No way could my father tell a bunch of first-graders what he got paid to do.  I knew that because once, when I was just a little kid, I took a peek into the trunk of his car.

A confluence of misunderstandings on my part led to the gruesome discovery.  First, I had never been specifically told I shouldn’t press the shiny button that popped the lid of the trunk.  And, only the day before, my mother had warned me I would lose my allowance if I didn’t clean up “all that junk in your room.”

Junk?  That was good stuff.  Atari games, Stretch Armstrong, my Nerf ball and a couple video tapes about the astronaut program I hoped to join one day.

So, when I heard my father tell Mom he had some junk he needed to get rid of, my mind went to toys and comic books, not a plastic-wrapped corpse.

While he went to get his wallet and keys, I raced out to the garage and pressed the release button on the big Caddy’s rear end.

Barely tall enough to see over the rim, coming eye to dead eye with a stranger, I froze.  Slowly, the trunk lid closed, my father’s hand firmly pressing down to engage the latch with a solid click.

He said it softly, but with a chilling look that sent me scurrying to my room.

The imagination of a six-year-old boy can conjure a monster under his bed and a boogeyman in his closet, but, as he matures, he realizes the childishness of those beliefs and casts them aside.  My belief that I had seen a body in the family car eventually faded from memory, as the dead guy was pink-slipped along with the monster and the boogeyman.

My father and I never spoke about the incident, so there was nothing to validate or sustain the picture of a man trussed-up inside a plastic sheet, blood within and duct tape without.  That is, until the day my brother’s increasingly nasal cajoling and my father’s implacable resistance dragged that corpse up out of the bog of forgotten—or suppressed—memory.  Recall vomited the dead guy’s smashed face and fixed stare into my brain, as Dad shut Larry down.

“How long is fourth period?” he asked.

“Gotta be twenty, twenty-five.  We’ll round it down to twenty.  Now, how long did you say you wanted me to speak?”

Finally sensing the thinness of the ice on which he skated, Larry mumbled, “I didn’t say, Miss Randall did.  Ten minutes.”

“Okay, then, let’s figure it out.  Every dad is speaking, according to you, so ten minutes times twenty fathers is two hundred minutes.  Hey, I’m no math whiz, but that’s more content than a one-hour class can accommodate.”

Larry slunk away from a battle he wasn’t equipped to fight, but as Tom Brokaw’s theme music started, a new respect for my father grew in me, and it must have shown on my face.

“What’s with the shit-eating grin?”

I shrugged and backed off, same as Larry, but remained privately impressed that my old man was maybe some kind of mob enforcer, the romance and excitement of which had been jacked-up by the two Godfather movies.  The following Father’s Day, just to rattle his cage, I bought him a six-roll pack of duct tape.

“What an odd thing to give your dad,” my mother said when he unwrapped what he had expected to be cheap aftershave or his umpteenth polyester tie.

I locked eyes with him as I answered her, feeling very much like a big man.  “Well, you know how you say he’s always fixing things.  I figured duct tape might come in handy.”

Making sure he knew I knew was a stupid thing to do, but typical of the teenager I was.  If it hadn’t been for the corpse in the trunk and my suspicion that my father was a badass hitman, I would have found some other excuse to issue a passive/aggressive challenge.  Isn’t that what young wolves have been doing to the alpha since the dawn of time?

Looking back, I regret indulging my biological imperative, that desire to unsettle him with the knowledge I had, but at the time it smelled like leverage I could use to my advantage in future negotiations for things like a set of wheels or more spending money.

Dad vanished when I was fifteen, so I never got the opportunity to capitalize on our shared secret.  His most recent Cadillac turned up forty miles away, wrecked and burned-out, but his body was never found.  My mother, in an effort to protect her boys from the truth—which she must have known all along—finally whispered the words “witness protection” by way of explanation.  She swore Larry and me to silence, our own familial omertà.

All that was long ago.  Mom lives in Phoenix now, happily married to a retired optometrist, a decent, if nebishy, guy who never carved-up anything bigger than a Thanksgiving turkey.

Larry’s still annoying, only now he gets paid for it because he’s a big deal tax attorney.  But it was me who put him through law school, so Lawrence, as he prefers to be called these days, is careful not to act too superior about my blue-collar status.

With Mom departing to marry her internet squeeze and Larry hitting the law books, it fell on me to clear out our garage before the house went on the market back then, so I naturally acquired my father’s eclectic collection of saws, drills, hammers and industrial-sized rolls of plastic—the tools, presumably, with which he “fixed” things.

Mom and Larry know my custom cabinetry business is thriving, but only I know it doesn’t thrive well enough to send that check to Arizona every month or pay off the rest of my kid brother’s student loans.

And me?  I’m doing okay.  I thought my wife Tina was the love of my life until Sue-Sue was born three years ago.  That little girl has me wrapped around her pinky like nobody’s business, but I guess it’s still normal for a man to favor his son.  Jimmy’s a hell-on-wheels five year old, curious about the world and everything in it.  He’s why I keep the trunk of my car locked at all times, even if it isn’t full of junk I need to dispose of for someone.

Not long ago I built a miniature cabinet out of white birch, even bought tiny hinges and knobs from an online dollhouse supply place, so if Jimmy asks me to speak at his first-grade career day, I’ll proudly show them what a man can do with his own hands and the right set of tools. 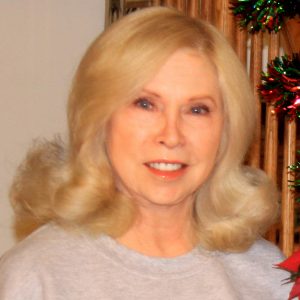 In her previous iteration as a TV comedy writer, April Kelly contributed to America's dumbing-down on shows from Mork & Mindy to Webster, and Boy Meets World to Becker. She now atones by writing fiction. Her crime stories have appeared in Down & Out Magazine, Mysterical-E, DASH Literary Journal, Mystery Weekly and five times in Shotgun Honey. Her novel Murder: Take Three was a 2014 finalist for a Shamus Award.
Posted by Rusty Barnes at 10:34 PM

Email ThisBlogThis!Share to TwitterShare to FacebookShare to Pinterest
Labels: april kelly, fiction, junk in the trunk