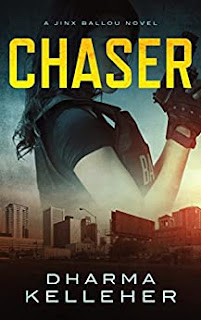 News You Can Use

Just a couple quick notes. Issue 2 2018 contributors, we're making final headway on the print version. The learning curve proved to be a bit steep, and there's going to be a slight drop-off in print quality. Issue 1 was slam-bang amazing and I am still learning the ins and outs of Kindle Direct Publishing and the Creative Suite software I used to design the thing. Have patience, please. This will be followed closely by Issue 3, as it turns out, one issue right after the other in an attempt to catch up.

In other news, I have hired an editorial intern, my son Rider, who I homeschool, and who will make initial screenings of manuscripts and help me prioritize. Rest assured, when I say I'm working with him, we're talking laptops  open at the same time and conversation happening as he learns the ins and outs of Submittable and editorial work in general in preparation for his future. I am still reading and rejecting or accepting every story that comes in. As submissions increase and he gets more experienced, I expect he'll move into more of an associate editor role, during which time I'll probably take on another associate editor with related experience so we have a committee of folks working on reading submissions so that I can concentrate on editing, which is why I do this, after all.

We have stories and reviews scheduled weekly through mid-June, and the story queue is empty except for two stories we just now got, so feel free to send more for us to read. I feel perpetually behind, but that's a healthy development as the journal gets more submissions and more notoriety. We still aim to respond in fewer than 30 days, so feel free to query us if your story has not been read in that time period. It likely got lost somewhere in the shuffle.

Some statistics for you. I estimate we accept about in 1 in 7 stories, so your chances are good with us. We publish a lot of material. We respond personally, maybe 30% of the time. I wish we could do more of that, but sometimes it's not possible and sometimes it feels as if we're pouring salt into the rejection wound, so we err on the side of saying nothing at all.

We are always looking for reviewers and books, so if you have something you want to pitch to me, please do. I'd like to stay small-press-focused, but the fact is there are only so many small presses and many of them seem unwilling to part with mobi copies--our preferred review format--of their newish books so we end up reviewing the people who've appeared in the journal (as we should) and not much else. So hit me up, especially if you have a reconsideration of a genre favorite or genre neglectee deserving of more attention (aren't we all?). And in the meantime, we'll try to stay on top of the indie scene, keep our ear to the ground and bring you more reviews than ever.
Posted by Rusty Barnes at 4:25 PM No comments: